You Call THAT a Crisis? 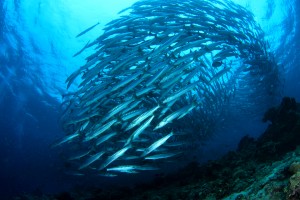 Here’s the current situation: I’m sitting in a hotel room in New Jersey, just about to depart for a cruise ship which will take me—along with 200 or so of the top dealers for Clopay Garage Doors—on a five day cruise to Bermuda. Cool, right? As a motivational speaker, I’ll be doing several programs for the dealers, as well as emceeing their black-tie awards show and a few other events. I’ve got a couple of tuxedos packed, along with shirts, slacks, shoes—you know, the usual. So here’s the problem:

As of a few hours ago, according to the airline rep, my luggage was still back in Seattle. 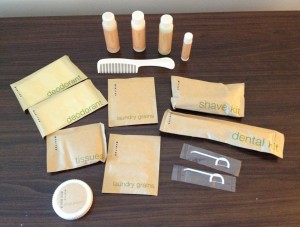 This is a problem. I’m wearing jeans, a polo shirt, and a sport coat. It looks like that’s what I’ll be wearing for the next week. The airline has given me an “emergency kit” consisting of generic toothpaste, shampoo, deodorant, etc. The deodorant appears to be a powder of some sort.

Okay, so this is not how I was hoping this would go. I’m not sure the client will be impressed when I emcee their gala ceremony in jeans and a deodorant powder stained polo shirt.

UPDATE: It turns out my luggage is not in Seattle. It’s in New Jersey, at the airport, and the original airline rep had made a mistake. They’re rushing it to me now, and all will be well.

But what if it hadn’t turned out that way? What if the news from a couple of hours ago had been correct, and I’d had to go the polo shirt and powder route? What then?

You know what? The world would have kept turning. I would have bought a few flowery Bermuda shirts on the ship. Maybe they even sell deodorant and name-brand toothpaste. The Clopay dealers and I would have had a great laugh at my expense, particularly as I emceed their black-tie gala in jeans and a flowered shirt. They would have had a wonderful time in Bermuda, and for years to come they’d be able to laugh about that time the speaker’s luggage didn’t show up. A week from now I’d be back at home and the next day the sun would still rise. And you know what else? I’d have had a blast too!

Look, there are real crises. Bad stuff happens. Real emergencies happen. This wasn’t one of them.

So what’s going on in your world? What’s your crisis du jour? And—is it really? Will it matter ten days from now? If so, then yes, deal with it. Let me know if I can help. But if not, take a deep breath. Count to ten, or a hundred if that’s what it takes. Get a little perspective.

Whether my luggage had arrived or not, in a couple of hours I’ll be on a cruise to Bermuda with some wonderful people. If that’s a crisis, then please give me another one next week!