Why Don’t We Take More Risks? 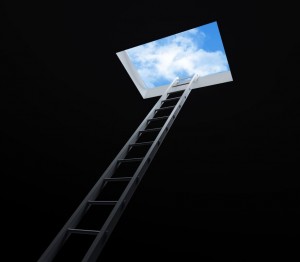 We all love a risk-taker, don’t we? The business owner, the entrepreneur, the CEO who has a big idea, then boldly rolls the dice with a “Damn the torpedoes, full speed ahead!” attitude. We look at them with wonder and envy, and jealously applaud them when they make it big. We hear people tell us, “You have to take risks in business if you want to make it big,” and we nod our heads in agreement, sit back in our metaphorical leather chairs smoking our metaphorical pipes and respond sagely, “Yes, yes, risks. Must take risks.”

And then we go back to doing what we’ve always been doing.

Here’s the problem in a nutshell. It’s easy to take risks when you’ve got nothing to lose. Let me give you two examples:

The problem is the middle ground, where most of us live. We’re not down to our last nickel; nor can we afford to throw away a million dollars. In other words, we have something to lose. And you never read about the ones who roll the dice and come up empty, do you?

The fact is, sometimes risks don’t pay off. That’s why they call them “risks.” If they were sure things, they’d call them, well, “sure things.” Most of us are, to some extent, risk-averse. So what to do about it? Try this:

Do it today. Take a small risk. Build up your risk tolerance. And take a larger risk tomorrow.

The Beatles took a small risk when they switched from wearing leather jackets on stage to wearing suits and ties. That paid off, so they were able to take larger and larger risks, to the point where they actually quit giving concerts at a time when that was considered career suicide. But by then, of course, the Beatles were the Bill Gates of the rock world; plus, they had built up their risk tolerance. They were used to it. Taking risks had become such a part of who they were that it was actually within their comfort zone. And they achieved something great.

What risk will you take today in order to achieve something great tomorrow?