Who You SHOULD Be Hanging Out With 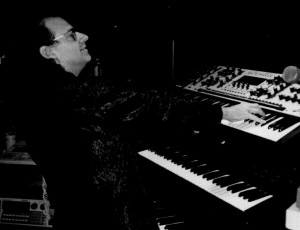 When I was in high school, I used to hang out with a guy named Vince DiCola. You probably haven’t heard of Vince, but he was—and still is—the best rock keyboardist I ever knew. I mean, this guy could play anything! And because I was hanging around with Vince, I decided to learn to play keyboards also. So I did—and I got good enough that, over the years, I’ve played professionally with a few bands. Am I as good as Vince? Nope. Not by a long shot. Never was, never will be.

But here’s the thing.

I’m a much, much better keyboardist than I would have been had I not learned by hanging out with Vince. I mean, I’d see this guy effortlessly playing stuff by Rick Wakeman and Keith Emerson (for you kids, Wakeman and Emerson were GODS back in the 70s), and so I’d learn it too. Now, this was music that I had no business trying to play, but there I was, working my way through it. Even now, years later, I can still play some of it (I was just playing Emerson Lake & Palmer’s Take a Pebble last night). And if I hadn’t been hanging out with somebody who was already doing it, I never would have attempted it. In my mind, it wouldn’t have been possible for me. But there I was, playing it. Just being with Vince changed my concept of what I could do.

I’m sure you’ve heard the adage, “If you want to become a better tennis player, play somebody better than you.” Well, it’s absolutely true.

When I go to the annual convention of my industry association, the National Speakers Association, I make it a rule to hang out with people who know more about the business of speaking than I do. People like Mark Sanborn, Patricia Fripp, Laura Stack, and Scott Friedman. These friends and mentors—all past presidents of the Association—make me play at a higher level. Just being with them raises my game.

Look, I’m not saying you should stop hanging out with the people who tell you you’re great. We all need people in our lives who make us feel good about ourselves. But if those are the only people you’re hanging out with, you’re doing yourself a disservice.

Support isn’t always a pat on the back; sometimes it’s a kick in the butt!

We all need a Vince DiCola in our lives. He makes us better. So who’s your Vince? If you don’t have one, I suggest you start looking!