Stop Aiming and Fire the Arrow! 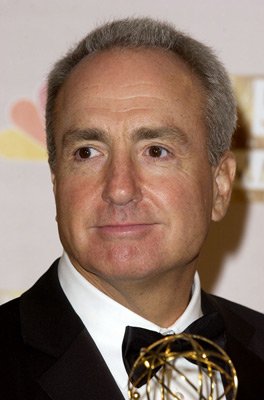 Lorne Michaels—the creator and producer of Saturday Night Live—and I have several things in common:

So, putting my own fragile ego aside, here’s what Lorne said:

Yes, it can always be better

But then it’s 11:30, and you go on the air with what you have. It may not be perfect (and maybe it never would have been), but if you’re good enough at your job, it’ll work.

Now don’t get me wrong! I’m not saying you shouldn’t try for perfection. I want you to aim high! Lorne aims for perfection every week; so did I. So I don’t want to hear any of you going around saying, “Bill says it’s okay to put out crap.” (But if you are going to say that, at least have the courtesy to attribute it to Lorne Michaels, not me.)

My team and I never put a “perfect” show on the air. Some were great, most were good, and a few were klunkers. Every single week for fifteen years we went on the air with a show that wasn’t quite ready. And we won over 100 Emmy Awards.

I know that Jim Collins said “Good is the enemy of great,” meaning that if you settle for “good,” you’ll never achieve “great.” I’m not saying you should “settle for good.” I’m saying “aim for great.”

But there’s a time when you need to stop aiming and fire the damn arrow!

Yes, “good is the enemy of great.” But so is “perfect.” It turns out that “perfect” and “great” are not synonyms! And here’s the thing:

[box]A great—or even good—idea, product, or service that sees the light of day is better than a perfect one that stays locked up until it’s “ready.”[/box]

What have YOU been keeping from the world because it’s not yet “perfect”? Has there been a time when you put something out there that you would have liked to have tweaked a little more, and saw good results nonetheless? Please use the COMMENTS area below to share your specific experiences…