Learning Leadership from a Bad Boss

But there’s a better question regarding bad bosses, and it’s this:

What can you learn from them? 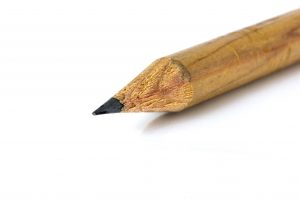 I once worked for a boss who was an inveterate micromanager. He once corrected the way I was sharpening a pencil! SHARPENING A PENCIL! Now that’s micromanaging! (Let’s leave aside for a moment the question of whether I should have been using a chainsaw in the first place; that’s not the issue.)

The message I got from this boss (let’s call him John, because that was his name) was twofold:

The first of these messages was irritating. The second was demoralizing.

John taught me a very important lesson about leadership: Don’t be like John.

When I became a leader, I made a commitment that I wouldn’t be like John—I wouldn’t be a micromanager. Because I’d been on the receiving end of micromanagement, and knew what messages I’d received as a result, I wanted to send a different twofold message to my team members:

Now, I’m not going to say that I didn’t occasionally slip into micromanagement mode. I did. But, because of my experience with John, I was more aware of it when it did happen, so I could correct myself more quickly.

Your experience with a bad boss may not have had anything to do with micromanagement. Perhaps your bad boss:

Whatever his or her shortcomings were/are, they can provide an invaluable learning tool for your own leadership skills.

Here’s a basic rule of thumb:

If something your boss did drove you crazy, don’t do that same thing with your team!

If something your boss did drove you crazy, don’t do that same thing with your team! #leadership Click To Tweet

It’s no fun working for a bad boss. But instead of whining about it, learn from it. Be better. Do the opposite. That way, when your team members read this article, they won’t think I’m writing about you!