How to Change the World (in one easy step) 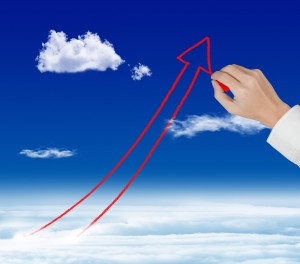 I recently had the privilege of delivering the opening keynote address at the annual convention of Mensa. This can be a little intimidating, because the sole requirement for membership in Mensa is that you be a genius (in the top 2% of IQ). Granted, I’m a member, but I’m pretty sure I got in under some sort of affirmative action program. In addition to my keynote presentation, I also delivered a workshop on creativity and innovative thinking. And it was during this workshop that I found myself going way off script and found myself admonishing my audience. Basically, yelling at the geniuses.

I hadn’t planned on doing this; it just seemed to happen. We were doing a group exercise, one point of which was to go beyond the “first right answer” (and, in fact, beyond the second, third, and fourth as well) when searching for creative solutions to a problem. It’s a fun exercise, generating lots of laughter, but in the midst of the laughter a more serious thought occurred to me.

When you say that to a room full of geniuses, you tend to get their attention.

“We’re lazy,” I continued, “because we can get away with it. Let’s be honest here—didn’t most of you pretty much coast through high school, maybe even college? And haven’t most of you discovered that, most of the time, your first right answer is as good as, or better than, most people’s tenth or twentieth? And because we can get away with it, we do.”

Now, if you’re not a member of Mensa, you may be thinking, “Okay, smart boy, what does this have to do with me?”

Well, you may not be in Mensa, but I’m guessing there’s something you’re good at. Damn good at. Better than most people. It’s probably something that’s difficult for others, but comes easily to you. Maybe it’s running a business, maybe it’s playing the piano, maybe it’s communicating with the written or spoken word. I don’t know what it is for you; only you know that. But whatever it is for you, my question is the same:

Are you being lazy with it?

When something comes easily to us, we tend to not work on it as hard. We don’t have to. Our “C” work is better than most people’s “A” work. We can coast, and still dazzle the masses. We can get away with it.

I would argue that, if you’ve got a particular gift, or skill, or proclivity in some area, you owe it to yourself, your business, and the world to work harder in that area than most.  You should be striving to do your “A” work, and here’s why:

In the area of your gift, while other people’s “A” work might be adequate, yours could change the world.

Look at the Beatles. They were gifted songwriters. Their “C” work (and yes, they wrote and recorded some “C” work) was better than most band’s “A” work. But the Beatles’ “A” work changed the world.

“Get away with it” or “change the world.” The choice is up to you.

Please log in again. The login page will open in a new tab. After logging in you can close it and return to this page.