Great Teams Focus on the Mission, Not the Squabbles

This weekend I was lucky enough to have VIP seats to see a performance by the U.S. Navy’s precision flight demonstration team, the Blue Angels. They are, by any standard, an incredible team. They fly 18 inches apart at 400 miles per hour, while simultaneously doing coordinated turns and maneuvers — all of this in a plane that costs $56 million. And if you don’t think that’s a big deal, think about how mad you were when you got that first scratch on your Toyota. 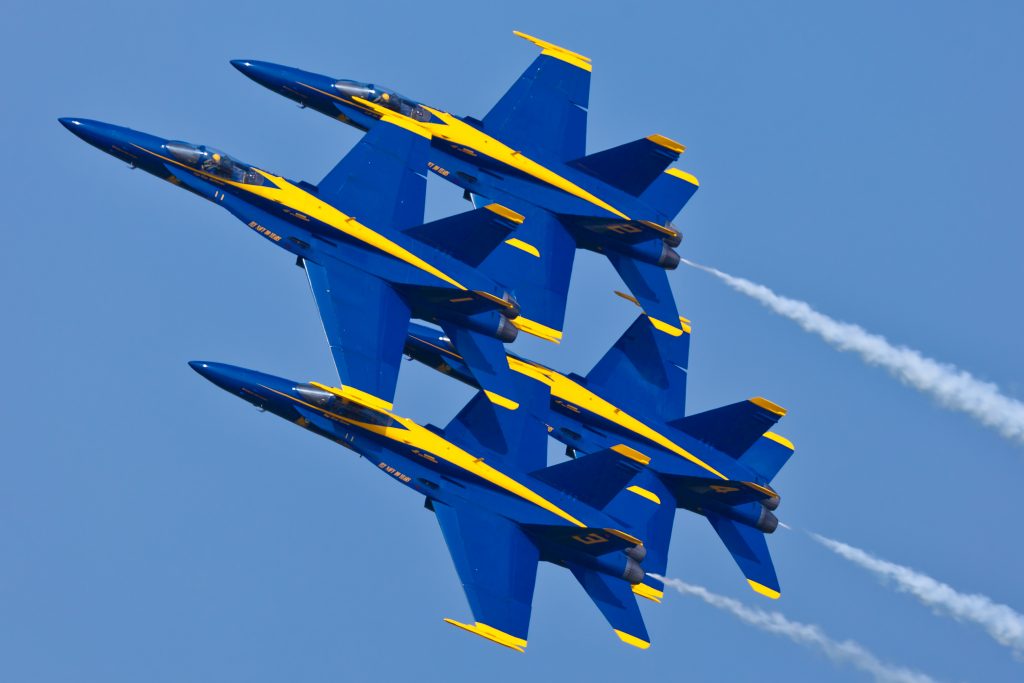 A few years ago, I had the chance to talk to one of the Blue Angels’ pilots. One of the questions I asked him was, “Do you ever have arguments or personal issues among yourselves?” Here’s what he told me:

“Sure, just like any team, we occasionally have squabbles. But only on the ground. Never in the air. Once we’re in the air, we’re laser focused on the mission.”

I’m about to reveal something here, and I’d like it to stay just between us. I don’t want this getting out, because it’s such a revolutionary concept that I’m not sure the business world is ready for it. But you are. Ready? Here it is:

A team is made up of people.

A team — whether it’s the Blue Angels, the Beatles, or your work group — is made up of people, and people are emotional animals (even if we try to pretend otherwise). As such, we’re going to have squabbles from time to time. And not just about the actual job. What about that time when Francine ate your chicken salad sandwich from the office fridge, even though it was clearly labeled with your name? I know, right?

The Beatles, whom I mentioned above, were famously at each other’s throats by the end of their career together. But when it came time to record the guitar solos on their last album, Abbey Road, album engineer Geoff Emerick said, “…all the bad blood, all the fighting…was forgotten…. One take was all we needed. The musical telepathy between them was mind-boggling.”

Great teams focus on the mission, not the squabbles.

As a leader, it’s your job to communicate the mission to your team in such a way that it is compelling to them. Here’s a hint: “Because the head office says we have to do this” is not compelling. Dig deeper. Find the bigger picture. Since we’re emotional animals, find a way to tie the mission to our emotions, not just our intellect.

Every team is going to have squabbles. It’s human nature. But with a compelling enough mission, your team — like all great teams — will focus on the mission, not on the squabbles.