Are You Ignoring Your Fan Club?

Are you ignoring your Fan Club?

It’s one of the biggest mistakes people make in business, and it’s easy to see how it happens. We all like something new, don’t we? It’s like the kid at Christmas (or whatever gift-giving holiday you celebrate)—he’s giddy with happiness when he first opens his presents, and bored to death with them an hour later.

Some of us treat our customers the same way. Maybe it’s the thrill of the hunt, or of the conquest, but we get all excited when we actually land a new customer. And then what do we do? We set our sites on the next one, and the next one. It’s all about getting more and more customers—but what about the ones we’ve already gotten?

I’m sure you’ve seen the coupons: “50% off! New customers only!” Well, that’s great for the new customers. But if I’m an existing customer, how does this make me feel? I mean, I’ve been giving this pizza/dry cleaning/widget company my money for weeks, months, possibly even years. But I’m old news. I’m the hour-old Christmas present. 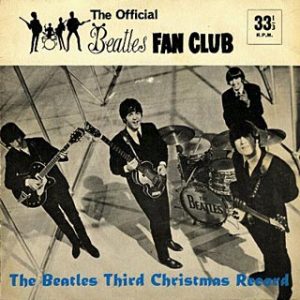 At its peak, the Official Beatles Fan Club had some 30,000 members. (And doesn’t that seem like an incredibly small number, especially when you consider that Britney Spears has nearly 6 million Twitter followers? But then, this was in the days before the Internet. It was practically in the days before the telephone.) And whereas many businesses go out of their way to do special nice things for new customers, the Beatles went out of their way to do special nice things for their existing customers—their Fan Club. Each Christmas they would issue a special record, available only to Fan Club members. Now, these records didn’t contain any “lost masterpieces.” They rarely even contained any complete songs. Most of the time they simply consisted of the four Beatles, either together or separately (in the later years) cavorting in front of a microphone, having fun. But then, the point wasn’t the content, was it? The point was to make the existing customers—the Fan Club—feel like they were part of something special.

Have you ever been speaking to somebody at a party or event, and while you’re talking to them they’re looking past you, hoping to spot somebody better and more interesting? (This, by the way, happens to me all the time.) It doesn’t feel very good, does it? (Correct answer: no.) And yet we do the same thing in business. Our existing customers can be standing right in front of us (either figuratively or in actuality), and we’re looking right past them, eyes peeled for somebody better, somebody new.

Of course, if this is your way of doing business, then looking for somebody new is probably a good idea—because eventually your existing customers will realize that you don’t really value them. And they’ll leave.

Don’t ignore your Fan Club. Take a few minutes—right now—and answer this question: What can I do today to make my Fan Club—my existing customers—feel like they’re part of something special?