Are You About to Lose One of Your Best Employees?

It’s a leader’s job to create an environment where team members can thrive.

It’s a #leader’s job to create an environment where team members can thrive. #Leadership #Teams Click To Tweet 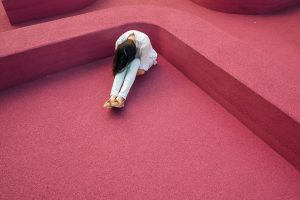 In his groundbreaking book, The Five Love Languages, Gary Chapman outlines the five ways that people feel loved and/or appreciated: gifts, quality time, words of affirmation, acts of service, and physical touch. Janie is very much a “words of affirmation” girl. She thrives when she receives recognition for things she’s doing right. Not only does this give her important feedback, it also drives her to want to excel. And when Janie feels driven to excel, there’s no stopping her. She gives it her all.

(Incidentally, Chapman has adapted his approach specifically to the workplace in his book The 5 Languages of Appreciation in the Workplace: Empowering Organizations by Encouraging People.)

Janie’s boss doesn’t get this. She only gives Janie feedback when Janie does something wrong. So Janie never hears about the good things she’s doing (and there are plenty), only the mistakes. The “words of affirmation” girl is only hearing words of criticism. So instead of thriving, she feels like she’s withering on the vine.

The real loser here is Janie’s boss. I know Janie. I know what she’s capable of. Janie could be a superstar in the organization, but because her boss doesn’t know (and doesn’t seem to be interested in learning) how to set her up for success, Janie will probably become a superstar in a different — possibly competing — organization.

Janie’s boss has written Janie off as a failure because Janie’s boss never bothered to understand how Janie needs to be led.

Does this take a little time and effort on your part? Yep. But it’s nothing compared to the time and effort required to replace a potentially great team member who leaves the team because she doesn’t feel appreciated.